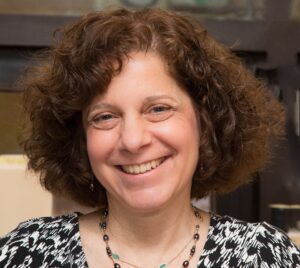 Rabbi Amy Roth is the Director of Congregational Schools at Temple Israel of Great Neck.  She was ordained at the Jewish Theological Seminary, and received a BA from Barnard College.  Prior to joining the staff at Temple Israel, Rabbi Roth spent eleven years  as the Associate Director of Camp Ramah in the Berkshires, one of the premier Jewish educational  institutions within the Conservative Movement.   She has also served as Adult B’nai Mitzvah coordinator at New City Jewish Center and as the Jewish enrichment educator at the YJCC of Bergen County.  Rabbi Roth is also a member of the faculty of the Passover Retreat at Camp Ramah Darom in Clayton, Georgia.  In addition, Rabbi Roth has taught adult education mini-courses at a variety of synagogues and churches in the New York metropolitan area.

Rabbi Roth is passionate about Jewish education and about creating strong Jewish experiences.  As she explains, “Building Jewish commitment, community and Jewish identity guide my work.  I feel that is essential that our school programs create substantive Jewish experience; we recognize that learning takes place in a variety of settings, through a variety of methods.  Through the partnering of our families and our educators, we hope to produce evolving, literate Jews, who are grounded in values and principles of being proud Conservative Jews.”

Rabbi Roth grew up in Bloomfield, New Jersey, and is an alum of United Synagogue Youth (USY).  She is married to Rabbi Noam Marans. Together they are the parents of Daniel, Ilan, Aaron and Yael. 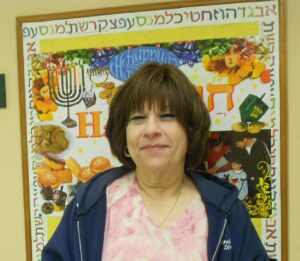 Rachel Mathless has served as director of Temple Israel Beth HaGan nursery school for the past 13 years. She holds an MS in Early Childhood Education from the Ferkauf Graduate School of Yeshiva University and a second master’s degree in Educational Leadership from South Connecticut University School of Education.

Rachel began her career as a preschool teacher at Southern Connecticut Hebrew Academy.  At the same time, she taught severely developmentally delayed children at a group home in Yalesville, Connecticut. Her charge was to imbue the children with the joy of Judaism and to this end developed a modified curriculum through music and art which dealt with the rituals and practices of Shabbat and holidays.  She then served as the chair of the Curriculum Committee of Torah Academy in Cleveland, OH. There she worked to establish an integrated secular and Judaic studies curriculum and mentored the preschool staff in best practices and innovative techniques in emergent curriculum and differentiated learning.

Rachel then returned to Connecticut as director of Early Childhood Education at Southern Connecticut Hebrew Academy where she served for 10 years, implementing a new curriculum based on the cutting edge research regarding brain development in the early years and how children learn. She served on the executive board of the Board of Jewish Education (BJE) in Connecticut and also as an executive member of BJE and JECA in New York.

“Early Childhood is my passion. Seeing and experiencing the world anew through the eyes of a two or three year old child every day is positively exhilarating. Watching the children develop emotionally, socially, intellectually and Judaically generates a daily personal as well as professional satisfaction. Realizing the importance of the foundation we set in place for the future generation is an awesome and thrilling responsibility.  In addition, working with bright, talented staff members who love and nurture the children at Beth HaGan brings me great inspiration and excitement.” 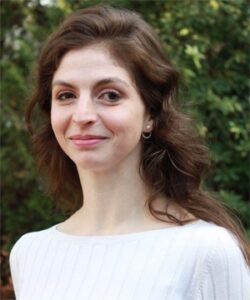 Loen Amer has been an experiential Jewish educator working with teens since she was one herself. For the past seven years, she worked for Bet Torah in Mt Kisco, first as their Director of Youth Engagement, and then as their Director of Experiential Learning for Children and Teens. She also worked on strategic communication. Loen has previously worked for Ramah Israel, the Hillel at Hofstra University, Woodbury Jewish Center, and Temple Beth Sholom in Roslyn Heights. In 2019, Loen received METNY USY’s Young Leadership Award.

Loen has a voracious love for lifelong Jewish learning, and most recently studied Torah le’shmah, Torah for its own sake, at the Conservative Yeshiva in Jerusalem. A Long Island native, Loen is a Solomon Schechter alumna. She lives on Manhattan’s Upper West Side and enjoys baking and reading.